In my last Woman in Mobile Spotlight, I featured an edtech teacherpreneur who has devoted the past few years to making mobile learning products with research-based impacts in Ireland and beyond. In this edition, I will share highlights from Amone Gbedemah, a qualified engineer and senior executive in a London-based mobile network operator.

Ronda Zelezny-Green (RZG): How did you come to work in mobile telecommunications?

Amone Gbedemah (AG): I’ve always been very curious about how things work, and specifically how technology works. I remember when I was growing up, without my parents being aware of it, I would dismantle things in my house and then reassemble them. Video players, radios… I was constantly tinkering around with things – so I was always very interested in that. I guess it wasn’t all that surprising that I ended up studying engineering at university. I went to the University of Bristol and did a four-year course there, which also involved the opportunity to study in France. 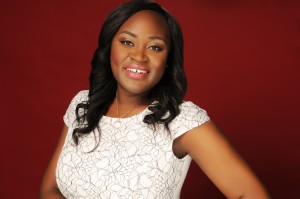 I remember that there were 10 women in the entire engineering department in the year that I joined; this was 10 out of 70 or 80 students. I was very much in the minority. But I enjoyed the course, I loved Bristol as a city, and I loved studying in Paris. Engineering taught me about logical thinking, the ability to structure information, and the ability to problem solve. It was an early experience learning to collaborate in a largely male environment which set me up very well for working in mobile.

RZG: Can you explain how your career in mobile telecommunications has progressed?

AG: I chose to join Vodafone in 2003 on a technology graduate scheme. It was a two-year program designed to fast-track talent through the organization, and give employees an overview of how business was done. In the end, I worked in engineering for a year before moving into marketing, working as a product manager. This was a good way to transition between technical skills to more commercial skills because you still need to have a good technical understanding as a product manager to be able to translate customers’ requirements into working products. When you’re a woman working in technology, it is an asset if you are able to understand how technology works and you’re able to talk about in the same terms.

After the graduate scheme I moved into product management and worked in that area for about six years total. Then, with Vodafone, I moved out to work in Ghana for two and a half years to help the company introduce their brand to the market. My family are originally from Ghana and although I was born in the UK and had lived half my life in both places, I had never worked in Ghana. I hadn’t had the opportunity, so I jumped at it! That was the first time I became a real senior leader. I went out initially for six months just to dip my toes in. But when I got there, I was made responsible for introducing all the propositions that Vodafone launched the brand with in-market. I was really terrified of the prospect of doing it because, to that point, all of my experience had been putting products together for business customers. I hadn’t had anything to do with proposition management and brand management on the consumer side.  I thought about it and said “If I don’t do it, I am sure they will find someone else to do it.” I always say to people “don’t be afraid to jump in at the deep end”. More times than not, you will learn to swim!

RZG: What was it like to move from working in the UK to working in Ghana?

AG: Accepting the role was a pivotal moment because it was an opportunity for me to work in an emerging market for the first time. I find that telecommunications tend to play a much more significant role in emerging markets than it does in more mature markets. In the time that I worked in Ghana, I saw how the introduction of data – the ability of people to use the internet on their phones – really made a difference to people’s lives and communities. The role that I played when I was working for Vodafone at the time allowed me to contribute to shaping that changing landscape, and that was truly energizing – being able to make a difference to help people thrive. That’s why I have continued to work in the emerging markets space since then. 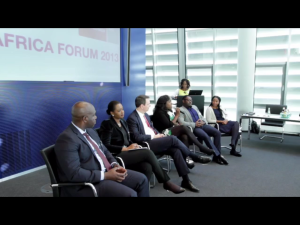 I actually went back to a regional role at the Vodafone Group working as a business manager to the CEO for the Africa, Middle East, and Asia-Pacific regions. That’s another type of role that I recommend people get exposure to because it’s an opportunity to really learn from the learning curve of a CEO firsthand. It’s a chance to get involved in projects across multiple markets, with millions of customers and billions of pounds in revenue. These roles don’t come up very often and they are a lot of hard work. But what I got out of it was early insight into what it’s like to be CEO at a regional level, the kinds of challenges and opportunities faced. It confirmed that this was a path I wanted to continue to follow.

RZG: Can you explain what led you to Millicom (also known as Tigo)?

AG: Forward thinking around the digital space and creating the digital lifestyle. It was also because, importantly for me, the company was very passionate about driving growth in Africa and using telecoms and technology as a platform by which they would do that. The company is very agile, which means that Millicom is more likely to take a look at opportunities that bigger telecommunications companies may not feel as comfortable pushing forward. That was a very attractive recipe for success. I felt that it would be great to work in a company that was that passionate about bringing digital to the forefront in emerging markets.

RZG: A lot of the women who follow my blog come from a non-traditional background in technology. What advice would you give to a woman who doesn’t have the technical background but wants to work with a mobile network operator?

AG: Regardless of what kind of background you have, when you work in a business it is really important to make sure that the consumer is at the heart of what you’re doing and drives the way that you design your products and offerings for customers purchase and engage with. Actually, I think as long as you remain true to who your customer is and what your customer wants, and you’re able to translate that into a product or proposition, and eventually into revenue, then you’re on a good path.

Is an engineering background important? It definitely helps, but I don’t see it as a hindrance if you don’t have an engineering background. As professionals, we’re all constantly evolving. Recently, having not touched any code in over ten years, I did a refresher course on learning how to code in a day. It really reminded me how much I enjoy coding. My advice would be that it is never too late to take on a new skill. Although I don’t think that it is necessarily true, if you really feel that not having an engineering background is a disadvantage, then do a course or get some more exposure to people in the ecosystem. Get more confident with the vocabulary people use when they talk about technology, and that really makes a big difference.

RZG: In your work with Millicom, do you have a moment that stands out as one where you feel like you really made an impact for other women in mobile?

AG: I try to create an environment that is empowering for the teams that I work with. Working at Millicom, I think I did a total of 21 trips last year to six markets in Africa. What was important when I did that was to spend time just meeting customers but also spend time with the team in operations. It was striking that regardless of which market I went to, women were always a minority in the team. So they would say to me that it is really inspiring to see a woman in a telco company at a senior level because they thought that it is actually possible for them to get there themselves. That was really humbling to hear because it’s a lot of responsibility to set an example for others; not just in terms of being in the role but also how I am perceived as a leader. It is important to me that I set a good example. 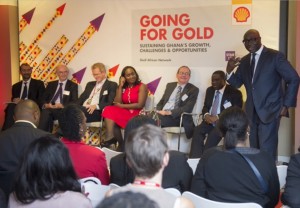 I would make time on those visits to spend time with the female members of the team and to share my experiences with them. Even interacting with customers, it was important for them to see a bit more diversity in the organizations that they work with because it shows that there is better representation of their own needs within the organization.

RZG: Have you felt that you have been able to bring different perspectives in your commercial role with Millicom because you are a woman?

AG: I like to think so. I think that the importance of building a diverse team is that you try to pull in more opinions and viewpoints, and try to close any blind spots that you may have yourself. My observation is that people tend to build teams in their own image. What I try to consciously avoid doing is building teams that look the same as me. I try to get as many diverse people, viewpoints, and backgrounds on my team. But it is not easy because I believe most people have a natural, unconscious bias towards surrounding themselves with people who are very similar. I know for sure that I don’t have all the answers. So, I like to surround myself with people who can actually help me to see those answers. The best leaders spend 90% of their time listening and 10% of their time talking.

RZG: My last question is what’s next for you? Do you have any idea where you’re headed or what you plan to achieve?

AG: I am definitely very interested in how consumer markets are shifting focus from pure telecoms into an ecosystem that is a lot richer. Really anything that is in the online space is something that I would like to get more exposure to and I’d like to contribute further to. Whether it’s online platforms, social media, or app development, I think that is a really interesting and exciting space. I would like to help to push the boundaries in terms of how technology can continue to transform lives. I would like to try to get exposure to roles that will continue to allow me to influence the ecosystem and work as a leader in a space that is still very largely male-dominated, and to encourage more women to come into that space.