Back in March I co-authored a blog post with Sarah Johns about the proliferation of mobile-based tools to aid women when they are facing gender-based violence. Spurred in part by a rash of globally publicized rape incidents involving women and girls (most notably in India), these mobile tools were either lauded or questioned because of their utility and relevance to the contexts in which they were being used. A common yet sometimes forgotten refrain on the topic is that it is important to teach men and boys not to rape in addition to any other protective measures women and girls might use mobiles for in order to prevent or alert others to threats of gender-based violence they face. One initiative that I think may be another step in the right direction is the launch of ‘Help Emergency Assistance Rescue Terminal’, or HEART in Gujarat State, India. 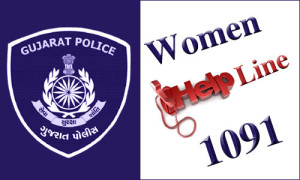 This toll-free service was launched so that police can have immediate contact with and a better response time to women and girls who are subjected to distress. One thing that I believe is unique and potentially very helpful is the fact that women only need to dial the toll-free number (which can be accessed via mobile or a landline) and their location will be pinpointed and police sent right away. This sounds similar to emergency response services in the US. Other promising aspects of this service:

Nevertheless, I will reserve my excitement on this development after finding an article from December 2012 which raises questions about whether this service is legitimate. 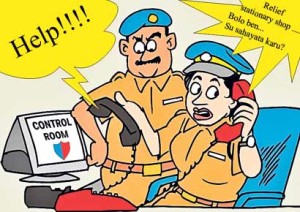 A previous help line launched in Gujarat State with the same ‘1091’ number was found to direct callers to a shop keeper instead of the police! At the time, police spokespeople had no explanation for the mix-up and initially thought that the problem was isolated to calls received from mobiles; it was found that landlines were directed to the shop keeper as well. Given this, one can only hope that the revamped version of HEART has been tested to ensure that women and girls can receive the help that they need if they use the service.

Overall, I think that this initiative is one that has great potential if women and girls are connected to police when they need it because it will entail a collaborative response effort and involve law enforcement who have been made aware on some level what the women and girls might be going through. HEART seems to buck the mobile hype in this area to create a tool that is sustainable, localized and affordable for users. It will be interesting to see if other Indian states follow suit and what will happen to those found guilty of any violent acts.